BE A PART OF OUR FAMILY

Do you want to create moments of happiness during your workday? Fancy being a part of a big family where innovation, experiences and turning our guests into regulars are always the top priority? Feel like joining a misson of always exceeding expectations and creating an individual world-class guest experience? Do you see yourself as passionate, professional and playful? Are those all yes? Awesome!

Be a member of great service

You give us style and love, we give you exclusivity.

Let’s be best friends for life! Come on – click it!

Did we manage to inspire you? We’d love to hear what you think or answer any questions you might have. We are passionate about what we do and can’t wait to help out in anyway we can. Give us a call or shoot us an email! Interested in our story or looking for a specific team member at ESS Group? Click here to read more about us.

ESS Group was founded in 2007 with the purchase of Ystad Saltsjöbad. A journey that now has developed into 11 destinations and 15 restaurants. From Ystad Saltsjöbad, MJ’S and Villa Strandvägen in the south of Sweden to Falkenberg Strandbad along the west coast, followed by Hotel Pigalle and Hotel Bellora in Gothenburg and last but not least The Steam Hotel just by lake Mälaren close to Stockholm. In Denmark we’re now proud owners of Marienlyst. And in Norway you can find us at Fýri Resort Hemsedal. Upcoming destinations are situated on Lidingö in the Stockholm archipelago, Ellery Beach House. And in Gårda Gothenburg, a new kind of resort called Jimmy’z. Brasserie LIPP, Port du Soleil, Köket, 8ight, Barabicu, Tranquilo, Zamenhof and Excet are restaurants and clubs that we’re also super proud to be part of.

For ESS Group, long-term is everything. ESS Group don’t do short-term business. It’s a mindset that permeates everything we do. ESS Group invest strategically and continuously to constantly develop both the experience and our team members at our destinations. By doing this, ESS Group stay interesting over time. ESS Group are always honest in the communication to their guests, both digitally and in person. By thinking and acting long term in everything ESS Group’s ambition is to create regulars, ambassadors and relationships. ESS Group’s brand promise is to create moments of happiness and the core values are professional, passionate and playful. Having fun is important! 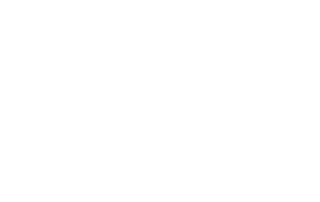 Page load link
How can we help you?

We will respond to you within 1 hour.

Having the best meeting?
We will respond to you within 1 hour.

Send it and we’ll call you up!